For centuries now, the dog has been the closest animal to human beings. Theoretically, a dog is a loyal and loving companion that will sit with you after a long day at work. It may sit and tilt its head empathetically at you.

You would think they love barking at themselves. The doorbell rings; they bark. A cat walks by the window; they bark. A family member joins you, and they bark.

They never happen to have enough barking.

Unfortunately, this inappropriate and irritating barking can easily become a habit.

Therefore, the best thing is to discourage your pet dog from barking unnecessarily from an early age.

Though it is normal for dogs to bark, how do you discourage them from unnecessary barking?

Use a Silent Dog Whistle to Stop Barking

When your dog barks and you shout back, you are encouraging them to bark the more. They will think you are having a good time together, and that’s why you are barking back. The easiest way is to use a silent dog whistle to discourage barking.

What is that again, a silent whistle?

Yes, it is a special kind of whistle that produces an ultrasonic sound that the human ears cannot pick.

Technically, the whistle isn’t silent. What happens is that on blowing, the whistle produces a sound whose pitch is so high that human ears can’t decode.

Initially, this whistle started as a research device with Sir Francis Galton in 1876. His was a small brass whistle with adjustable slides that altered the pitch of a sound. So, he used this device to test the range of human hearing ability.

Galton later repeated the experiment on other animals, including dogs. Surprisingly, he found that dogs could hear sounds that were far beyond human abilities.

Specifically, he found that human beings can only hear sounds up to 20,000 Hz for children and lower frequencies in adults.

Therefore, silent dog whistles are not as silent as to such. They produce a sound that is approximately 35,000Hz, which is above human hearing ability.

Surprisingly, this high pitched sound produced by these whistles is irritating and unpleasant to the dog’s ears though people can’t hear it.

How Do Dog Whistles Work to Stop Barking? 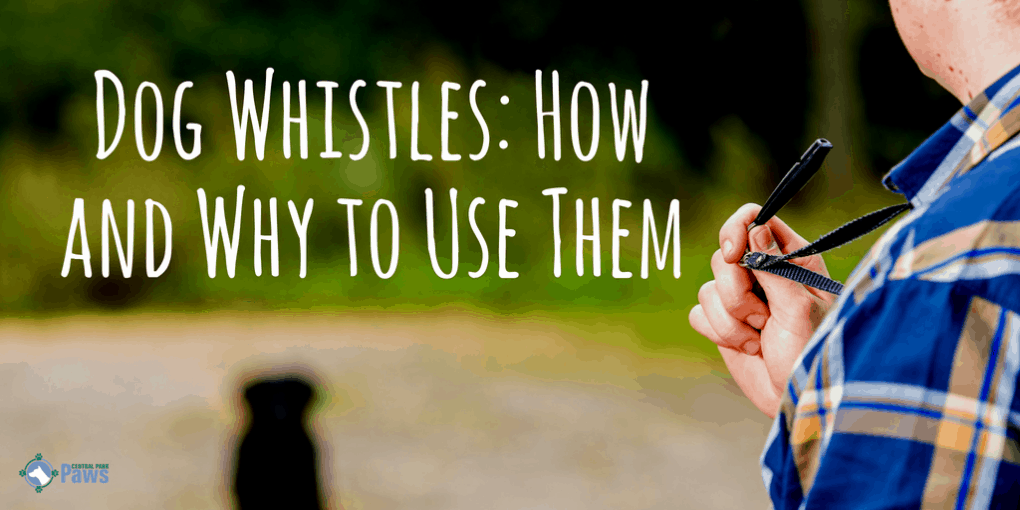 Technically, a dog whistle doesn’t stop barking. If anything, when you blow the whistle the first time, the will bark. It is your persistence that will pay off.

Therefore, you have to train your dog to respond to the whistle accordingly. Always have your while within reach. Whenever your dog barks, blow the whistle. Eventually, they will come to associate their barking with the unpleasant whistle sound.

Also, it would help if you tried to understand what triggers the barking. Use that as and the whistle to train your dog to refrain from barking.

Make sure to have ample treats with you.

For example, if it is the doorbell is the one that triggers your dog’s barking, has someone ring the bell. If the dog barks, blow the whistle once, and you will automatically distract its attention with that sharp sound.

You will have to repeat this drill several times before the dog can realize barking causes the unpleasant sound.

Going back to “do dog whistle stops barking”, the answer would be that whistles don’t. What happens is that the whistle is used as a training device. It is used to associate dogs barking to the production of irritating sound. Thereby, the dog will eventually end the unnecessary barking.

Why Silent Dog Whistles are the Best

Many ways can be applied to train a dog away from its uncalled for barking. Also, there are many devices that one could use, but the silent dog whistle happens to be the best bark control device.

Here are some reasons why the whistle stands out amongst other bark methods.

A silent whistle doesn’t cost much. It only goes for less than $20. Therefore, anyone willing to use a silent whistle to train their dogs can confidently shop for one without the fear of huge prices.

Imagine yourself shouting all over, trying to make your dog stop barking. You actually would be adding to the chaos that your dog has already created.

The dog whistle doesn’t produce a sound that is audible to human ears; it wouldn’t cause any disturbance. Your neighbors and other members of the family may not tell whether there is anything that is happening.

Are you worried that you may be away with no one to blow the whistle the dog barks? Well, there is a way out for you.

In addition to the manual whistle, there are electric devices that pet supply outlets sell. They use batteries to produce the same sound as the manually blown whistle.

Devices can be mounted somewhere in your yard or on your dog’s collar.

Some of these devices are automatic and will respond once the dog starts barking. There are others too that are remote-controlled, and you can switch them on from a distance.

Don’t scream or shout again at your dog when it barks for no apparent reason. You can try to get some new toys in case the animal is barking out of boredom.

Also, spend enough time with your pet so that it may stop barking seeking attention.

All the same, if the dog won’t have any of that, a whistle will help you stop the unwelcome barking. The good thing is that the whistle doesn’t disturb other family members or neighbors.

Talking of neighbors, do you know you can as well use the whistle to discourage your neighbor’s dog from barking? Yes, you can.

With an automated electric dog whistle, you can mount it somewhere such that if the dog barks, the whistle produces that unpleasant sound.

With time, whether it’s your dog or your neighbor’s dog, they will associate their barking to the production of irritating sounds. Eventually, the dogs will refrain from barking.